Three Global Conditions for Biodiversity Conservation and Sustainable Use:

An implementation framework proposed for the Post-2020 Strategic Plan

To save what’s left of nature on this increasingly human planet, conservation needs to become a top priority around the world, from the wildest of wildlands to the densest of cities.

The Joy of Wilderness: An Interview with Harvey Locke

In this short video, wildlife photographer and conservationist Harvey Locke tells you what happens to him when he gets out into the wild.

The Joy of Wilderness: An Interview with Harvey Locke from Alexandra Christy

Webinar: Conservation targets and how much of the world do we need to protect? 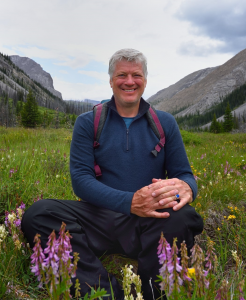 Initially trained as a lawyer, Harvey worked as a lawyer and partner of Calgary law firm for 14 years before pursuing his passion for protecting wild places. In 1999, after many years of volunteer work for conservation initiatives, Harvey became a full-time conservationist dedicated to national parks, wilderness, wildlife, large landscape and connectivity conservation and climate change.

Harvey is co-founder and senior advisor for Yellowstone to Yukon Conservation Initiative and Nature Needs Half. He is a frequent speaker at major conservation conferences and universities around the globe. His writing and photography have been published in newspapers, magazines, books, and peer-reviewed journals.

In September 2016, Harvey was appointed Chair of the IUCN World Commission on Protected Areas Beyond the Aichi Targets Task Force, which aims to ensure that new global conservation targets beginning in 2020 will effectively conserve biological diversity and halt biodiversity loss. In 2017, Harvey was also appointed to the National Advisory Panel for Canada Target 1, on how Canada can best achieve protection of 17% of its land and fresh water by 2020 to meet Canada’s commitment to Aichi Target 11 under the Convention on Biological Diversity.

Harvey has been nominated for the 2018 Indianapolis Prize, the world’s leading award for animal conservation, established to bring attention to the cause of animal conservation and the dedicated people who spend their lives saving the Earth’s endangered animal species. He has been particularly involved in the conservation of grizzly bear through the Yellowstone to Yukon Conservation Initiative and of plains bison through Bison Belong.

Harvey has previously been awarded the Fred M. Packard International Parks Merit Award by the IUCN at the World Parks Congress, the J.B. Harkin Award for Conservation by the Canadian Parks and Wilderness Society, and the Gold Leaf Award by the Canadian Council on Ecological Areas for his lifetime of extraordinary commitment and vision to advance the cause of parks, wilderness, ecological integrity and landscape connectivity in North America and the world. Harvey received an Honorary Degree from the Faculties of Science and Graduate Studies at the University of Calgary in June 2018. He is also a fellow of the Royal Canadian Geographical Society.

While not working to preserve it, Harvey enjoys spending time hiking and exploring wild nature all over the world. Harvey is fluent in French and competent in Spanish. Harvey Locke has two adult sons and lives in Banff, Alberta, Canada with his wife Marie-Eve Marchand.